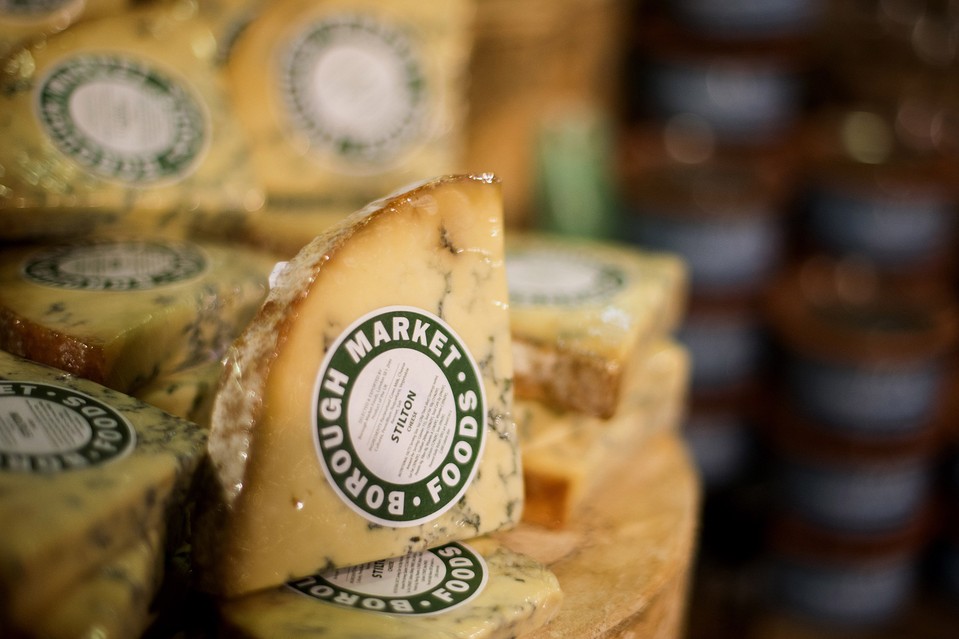 Cheese is displayed for sale at a Whole Foods store in Dublin, Ohio, U.S., on Friday, Nov. 7, 2014. BLOOMBERG NEWS
Great Article from Wall Street Journal, worth to repost on OhlàlàFood! Cheese: Which Country Eats the Most? – WSJ – WSJ.
By LAURENCE WITHERINGTON And HENRY WILLIAMS

France. The answer is, of course, France. Quelle surprise. Incroyable! The French are both mocked for the amount of cheese they eat and envied because it doesn’t seem to make them fat.

The French sliced their way through 25.9 kilograms of cheese per person in 2013, compared with none per person for China, according to a report by the International Dairy Federation.

This reflects a trend across Asia, where a rising demand for cheese is boosting U.S. exports, which grew 21.6% between 2012 and 2013, the report notes. People in Asia are eating more cheese as fast food—mainly pizza—becomes more popular and as diets generally change as people get richer.

World trade in cheese rose by 2% in 2013, to 2.4 million tons, according to the report, and the benchmark Class III milk future contract on the CME is 14.4% higher this year to date.

“The global cheese market is characterized by the fact that several of the leading producing and exporting countries are also among the largest cheese importers,” the IDF said.

And so, voilà! The French both buy and sell a lot of cheese. 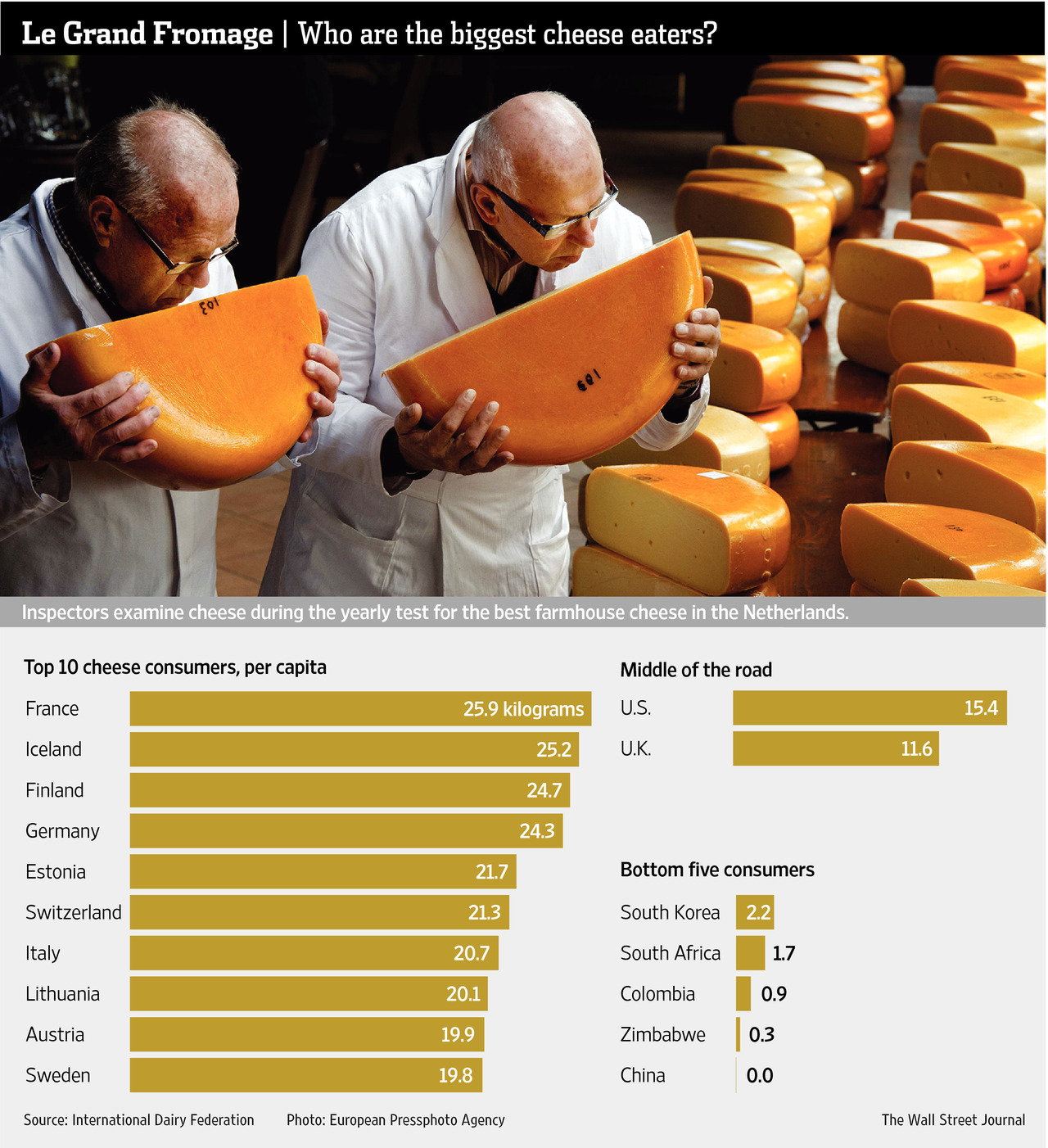